Home » The “Must Move Poker” Playbook

The “Must Move Poker” Playbook 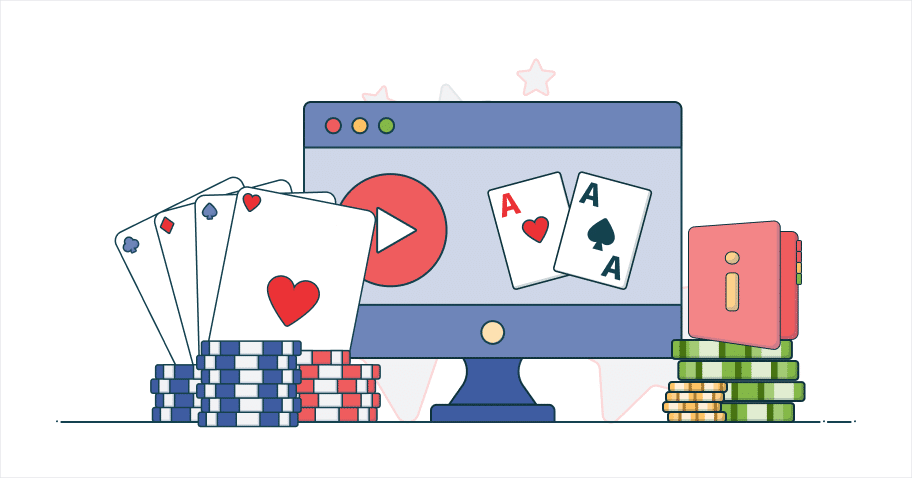 If you want to be a successful poker player like Jennifer Tilly – one of the celebrity gamblers with most success -, it’s important to keep an eye on your opponents as well as concentrate on your own hands. Are they aggressive or passive? Do they get involved in loads of pots or just wait until they’ve got the good stuff? Read on for some general tips plus some specific poker moves which will help novice no-limit hold’em players to dominate at the best online casino poker tables.

Try and keep focused when you’re playing online. Your opponents will be offering uploads of useful information about their style of play if you’re cute enough to notice it. Don’t get distracted by YouTube videos, Instagram messages, or other online (or offline) distractions when you’re playing. If you can’t focus on the whole table, just concentrate on the two players directly to your left. Keep notes. If you have a note that says that a player only bets big when he’s got a monster, and he sticks in a big raise, you know to tread carefully.

2. What has your Opponent Got?

It’s unlikely you’ll be able to narrow down an opponent’s hand to something specific. With some thought, you can try and determine a range of hands your opponent might realistically have. Did they raise from early or late positions? Did they continue to bet the flop and subsequent streets? Was the flop full of action cards? Did the opponent take long to raise or check? All these things can give you a clue as to what sort of hand they might have.

3. Be Aggressive and Stop Limping

A sure way to dribble away your bankroll is to limp into too many pots. Limping with suited connectors in a late position after a host of callers is fine. It’s a cheap play that can deliver rich rewards if the flop falls nicely. If you’re the first to act in a pot and you want to get involved though, take the initiative by raising. It sends a message and should get rid of plenty of speculative hands which might have come along for the ride if you’d just called.

4. Position is your Friend

Being the last person to act in a hand is a huge advantage. You get so much extra information from the players who have to act before you. This both lessen your risks and boosts your opportunities. Being last to act means you can often take advantage of free cards. You can also control the size of the pot. Of course, the main advantage is that you can see what your opponents have decided to do before you make your own decisions.

There’s a wealth of poker strategy material available online. Loads of it is free too. Learning the odds of whether you’ll hit a straight or a flush or improve a pair into a set is really easy. Get studying and you can improve your winning chances in no time.

Those general strategy tips will hold you in good stead when it comes to playing online poker. Focus on them and you’ll already have a head start on many of your opponents at the online poker tables. Sometimes, it’s good to have some special poker moves in your armory when you come up against certain, tricky opponents.

Get Stealing Those Blinds

As we’ve seen from the general strategy tips above, the position is hugely important when playing poker. The closer you are to the dealer button, the better. In tournament poker, the blinds rise as the event progresses. By the closing stages, each round can cost a fair old chunk of change. One of the best poker plays you can use to keep ahead of the game is stealing the blinds.

A late position is an ideal place to put in a raise to try and steal the blinds, especially if your opponents in the small and big blind are tight players. They won’t want to play a marginal hand out of position. If a tight player does play back against a blind steal, you’ve got a good idea that they’re holding something decent.

You don’t need a premium hand to try and steal the blinds. Position and the opposition are more important. That said, a hand with some decent potential is useful if you do get called by one or both of the blinds.

Blind stealing is one of the easiest pokers plays you can use to maintain a decent stack.

If you’re in the big blind and an aggressive player on the button keeps on raising and stealing your chips it can be very annoying. One poker weapon that allows you to fight back is to employ the re-steal. It’s another simple but potentially profitable poker move.

If your opponent puts in a raise and you don’t think they have the goods, put in a decent-sized re-raise. Your opponent then has a decision to make. They could fold. In which case, you’ll hold on to your blind and pocket the chips your opponent raised with. If they do call, you might be out of position, but you have been the aggressor and taken the initiative in the hand.

Either way, an opponent is less likely to try and steal your blind if you show some resistance and go for a re-steal from time to time.

Flopping a disguised set is a great way to win a big pot. If you’re dealt a small or medium pair in a late position and there are limpers or raisers in front, it’s often worth making the call.

There are a couple of things to consider before calling though. On most occasions, the flop won’t be helpful. In fact, flopping the third matching card to create a set will only happen 1 time in 8 on average. You need to make sure there’s the potential to win at least 8 times the value of that call. If you do land the elusive set, will your opponents pay you off?

Set mining can be especially lucrative in multiway pots against tight players who often find it hard to let go of premium hands. That’s especially true on dry boards that don’t contain many scare cards.

In short, if it’s cheap and your opponents are deep stacked, it’s usually worth calling to try and land a set. Low risk with potentially high upside, set mining is one of the poker moves you’ll need at your disposal.

One thing you really can’t afford to be when playing online poker is predictable. If you wait until you have aces or kings before you play a hand, you’ll be very easy to read. Everyone will just fold whenever you make a bet, and your premium hands won’t get paid.

One of the pokers plays you can use to mix things up is to introduce the known as the semi-bluff into your play. The semi-bluff is usually made following the flop or the turn. You can put in a bet or a raise even though you might not have the best-made hand. What makes this a semi-bluff rather than a pure bluff is that your hand still has the potential to improve and potentially become a monster.

For example, say you’re holding suited connectors like the 7c8c and the flop is 9c10cAd. You don’t have a made hand, but you do have an open-ended straight draw, a flush draw and a straight flush draw. That means you have loads of potential cards to hit on the turn and river which can improve your hand into a winner.

The semi-bluff might also cause your opponent to fold immediately, and you’ll pick up the pot immediately. If they do call, all those outs mean you’ll still be in with a chance to win the hand on future streets.

It requires a bit more finesse than setting mining says, but the semi-bluff can be one of the most lucrative poker moves.

Say you’re in a late position, there’s been an early position call or small raise followed by a procession of limpers. There’s a decent amount of money in the pot but nobody has shown serious strength by putting in a raise. In a squeeze play, you put in a big raise, your opponents all fold and you pick up a tidy pot.

For example, you’re playing a cash game and the blinds are $0.50/$1. Player A makes a bet of $3 and is called by players B and C. You are in position D, and you put in a raise of $15. The other players fold and you collect the pot.

What hand you raise with isn’t crucial here. More important is your table image. If you have been caught bluffing recently, your opponents are less likely to believe you’ve got the goods when you put in a raise.

The precise amount you’ll need to bet to execute a squeeze play varies each time. You’ll have to factor in stack sizes as well as your position. If you’re making a squeeze play from the blinds, for example, it will usually cost you more than if making the move from the button.

It should be used sparingly but the squeeze play can be a lucrative move, especially if you have a solid table image.

The “Must Move Poker” Playbook conclusion

Paying attention, being aggressive, and using position to your advantage are great ways to improve your winning chances at the online poker tables. A bit of research and studying will help too. Add some of our simple poker moves into the mix and you’ll have a good base from which to mount your online poker challenge.