Home » Are Americans Getting Enough Sleep These Days?

Are Americans Getting Enough Sleep These Days? 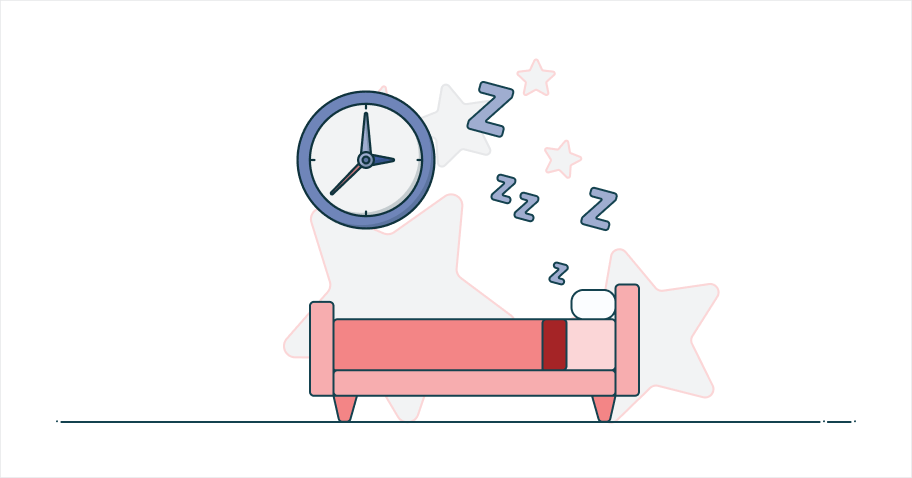 It’s World Sleep Day on March 18, 2022. The watchwords for this year’s campaign are ‘Quality Sleep, Sound Mind, Happy World’. Are Americans getting enough healthy sleep? Researchers at USCasinos.com have looked at the latest sleep statistics. With additional insight from the Richmond Foundation, they try to answer the question of whether Americans are getting enough sleep. They also take a closer look at the current state of the nation’s sleep patterns.

Americans Are Not Getting Enough Sleep

There are few things quite as refreshing and reviving as a really good night’s sleep. Precisely how long is considered a good night’s sleep varies from person to person. The Center for Disease Control and Prevention (CDC) has some general guidelines.

Andrew Barberi, Manager Learning and Development at the Richmond Foundation, comments on the importance of good sleep:

Whenever we are busy, it is the amount of time to sleep that is cut down.  Sleep is important for both our body and mind as it gives us the time to regenerate and rest before we are up to face another day.  One way to combat sleep deprivation is to give sleep the importance it deserves by allowing enough time for it.  Sleep makes us feel better, but its importance goes beyond just boosting our minds.  Adequate sleep is a key part of a healthy lifestyle and can benefit us holistically.  Also, maintaining a consistent sleep schedule; keeping the same bedtime schedule on both weekdays and ideally also on weekends would ensure that you keep your circadian rhythm in check.

Just how many American adults are getting the recommended minimum of seven hours of good sleep per night? Not many, according to polling in November 2022 from researchers at YouGov. Just 29% of 6,417 people surveyed said they were getting at least seven hours of sleep per night. Over two-thirds of those polled, 67%, said they slept for less than seven hours per night with the remaining 3% unsure. Those figures were consistent with both men and women.

There is a distinction between being sure about how much sleep a person thinks they get and how long they actually sleep. Even when estimating, more than half of those polled (52%) thought they weren’t getting enough sleep.

Just why is getting enough sleep important? Don’t get enough and it can have a big impact on how you function during the day. According to a survey of 1,011 people from Statista, large numbers of people who lacked good quality sleep are more likely to suffer from a variety of ailments including irritability, headaches, and a general feeling of unwellness.

Of those American adults surveyed who felt sleepy between five and seven days a week, more than half (51%) suffered from irritability with 40% experiencing headaches.

The Statista survey also found that the mood of 74% of adults who were sleepy five to seven days a week was affected. 69% and 65% said it had an impact on focusing on thoughts and getting things done. Just under half of the respondents said that being sleepy affected work performance (47%) and relationships (41%).

Even 64% of those surveyed who said they were sleepy for between just two and four days a week said this impacted their mood.

Hawaii and West Virginia with the Worst Sleep Habits

Researchers found that the amount of quality sleep varied widely on a state-by-state level across America. According to a 2018 survey from Country Health Rankings & Roadmaps, Hawaii had the highest proportion of adults who weren’t getting enough sleep at 43%. Also on 43% was West Virginia, followed by Kentucky at 42%.

It seems that the message about lack of sleep in Hawaii has been hitting home. Over the past 12 months, Hawaii is the state where the words ‘good sleep’ has been searched on Google the most times. West Virginia is also high on that list, coming in in the fifth position on the good sleep search list.

In some states, much larger proportions of the population are getting the required amounts of sleep. Minnesota, with just 29% of respondents reporting they weren’t getting enough sleep, had the best numbers followed by Vermont, South Dakota, and Colorado which were all at 30%.

Even in those states with the best sleep habits, almost one-third of people surveyed weren’t getting the minimum of seven hours of sleep per night.

Technology: One of The Biggest Factors of America’s Bad Sleep

We’ve already seen that a lack of physical activity is one of the main reasons for a lack of quality sleep. What are the others? Technology comes high on the list.

Internet usage in the USA is among the highest in the world. According to Statista, only China and India have more internet users than the 313 million in America. A massive 98% to 99% of American adults between the ages of 18 and 49 are internet users.

According to Sleep Standards, technology plays a huge role in people being unable to get a good night’s sleep. A 2020 study found that ‘71.8% of Americans with sleep disorders reported having associated with technology devices before going to bed per night’.

The amount of time sleep-deprived people interacted with screens varied but, in some cases, got as high as 20 hours per day.

A lack of sleep doesn’t just afflict adults. It can have a big impact on youngsters too. The CDC recommends that teenagers get between 8 and 10 hours of sleep per night. Many adolescents are getting much less than that though. A poll from the Sleep Foundation found that as many as 45% of youngsters were getting less than the recommended 8-hour minimum.

Attachment to smartphones is one reason why teens aren’t getting enough sleep. A YouGov survey found that 70% of millennials had their phone nearby while they slept, either on the bed or directly next to the bed.

As many as 22% of millennials strongly agreed with the statement ‘Not having my phone with me makes me feel anxious’, the highest percentage of any age group.

The survey also found that “41% of people (of all ages) said they “always” or “often” browse the internet or use apps on their phone within 10 minutes of waking up”.

According to a Statista survey, more than one-fourth of college students reported feeling tired every day.

Online gambling has also grown in popularity which means more people looking at screens for longer. More than half of US gamblers now prefer playing online compared to visiting brick-and-mortar venues according to polling from YouGov. They also play more regularly than gamblers from other countries.

Excessive use of technology, especially at bedtime, can have a negative impact on high-quality sleep. That in turn can, in some instances, lead to more serious problems than general lethargy and a lack of focus. According to the Sleep Foundation, a lack of sleep can also have a negative impact on a variety of mental health conditions including depression, anxiety, and seasonal affective disorder.

Conclusion: Healthy Sleep is a Priority

Recent surveys suggest that Americans aren’t getting enough sleep. That’s the case with adolescents and teenagers, men and women, in states across the country. Hawaii and West Virginia top the list of sleep-deprived populations. Google search trends suggest that people from these states have been the most eager to change their sleep habits.

What are the main factors behind the lack of quality sleep? Physical inactivity and the rise of technology have both played their part. The expanding use of, and as one of America’s favorite pastimes, smartphones has exacerbated the sleeplessness problem. That certainly appears to be the case for younger generations.

What can be done to stop the epidemic of poor-quality sleep? The Sleep Foundation has a number of simple recommendations that can help people get the elusive seven hours or more. They suggest having a set bedtime and sticking to it and avoiding alcohol, tobacco, and caffeine in the evenings. Try and use a relaxation technique before bedtime and put away those screens and electronic devices for at least an hour before bedtime. Regular exercise is good for overall health and makes getting a good night’s sleep that much easier too.

For those who are struggling to cope with sleep deprivation, you can reach out to Richmond’s helpline 1770 or chat with the experts on oli.chat. Both are free and available 24/7.