Home » The Current State of Casino Air Quality in the US

The Current State of Casino Air Quality in the US 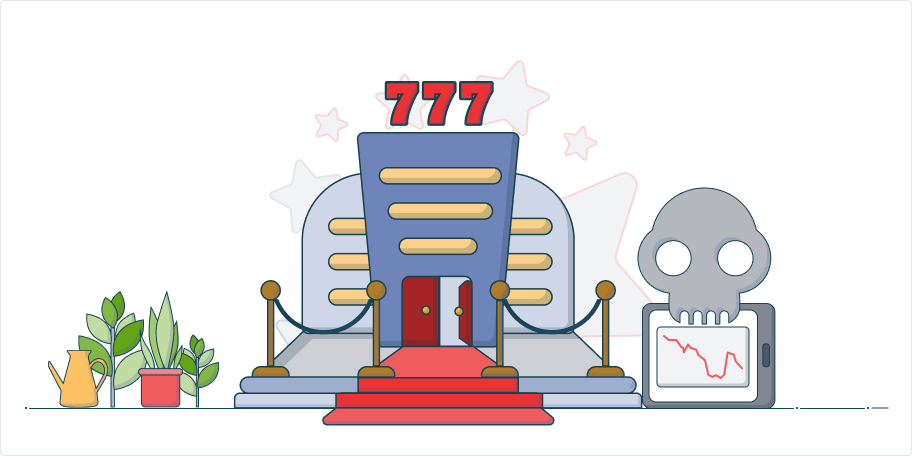 Headaches, eye irritation, respiratory disease, and even cancer. These are some of the health effects associated with air pollution. Thankfully, car-induced smog smothering entire cities is becoming a thing of the past, in America at least. There are still causes for concern, though, especially indoors, where some pollutants are two to five times higher than typical outdoor concentrations, according to the US Environmental Protection Agency (EPA).  With Americans spending 90% of their time indoors, the quality of the air that you breathe inside can have a big impact on health. For those associated with the gaming industry, casino air quality has become a big issue.

Indoor air pollution can come from various sources, including building supplies, cleaning products, and the burning of fuel. When it comes to casinos, one of the major contributing factors concerning air quality is, without doubt, tobacco smoke.

4.1% of Global Deaths Are Caused By Indoor Air Pollution

According to a study from Our World In Data, 2.3 million global deaths are caused by indoor air pollution. That figure represents 4.1% of the overall total. There’s a massive disparity between rich and emerging nations, though, with indoor air pollution being a much more severe problem in low-income countries. That’s largely because crop waste, dung, charcoal, and coal are burned for household cooking and heating.

The figures for the US show that 0.03 deaths per 100,000 population were caused by indoor air pollution in 2019. This figure is a drop from 0.10 deaths per 100,000 back in 1991. An improvement certainly, but the number is still more significant than many European countries.

There’s a 1,000-fold difference between America and the countries with the worst air pollution death figures like Somalia and Central African Republic.

One factor that affects rich and poor alike is smoking. It’s well known that smoking is seriously bad for your health. It causes around 480,000 deaths in America alone each year, according to the Center for Disease Control and Prevention (CDC).

The World Health Organisation (WHO) estimates that 1.2 million premature deaths and serious cardiovascular diseases are caused worldwide each year by secondhand smoke. Around 41,000 Americans die each year from passive smoking, according to the CDC.

Even if you’re a non-smoker, you can still suffer badly if you’re regularly in a smoke-filled environment, which brings us to the casinos.

A study from air purification provider Wynd using the company’s Indoor Air Quality Tracker compared the air quality in 28 different casinos on the Las Vegas Strip. They discovered a huge range in the results.

Researchers found that the air quality in the best casinos was as good as what is usually located outdoors.

One unnamed property was found to have air quality worse than Beijing or New Delhi, with “a concentration of ~300 micrograms / cubic meter of PM2.5, which is more than 80 times worse than the best hotel.”.

Secondhand Smoke: An Inevitable Problem in US Casinos Nowadays? 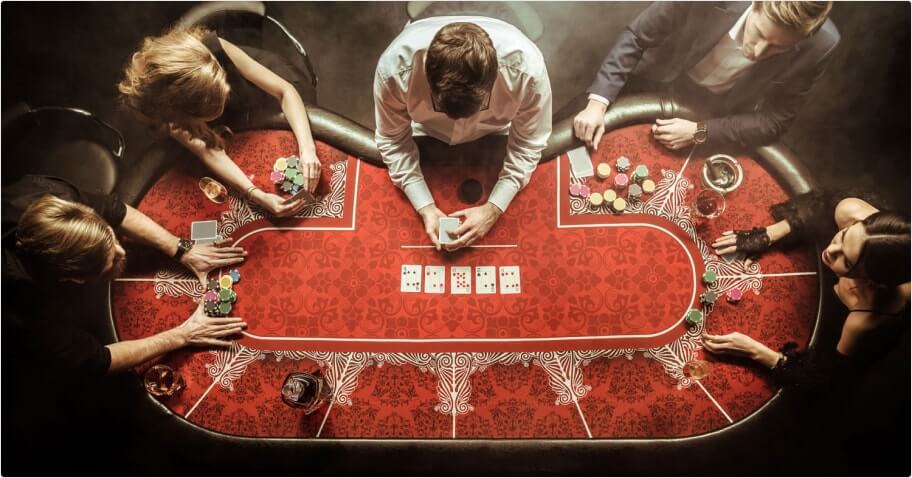 In the mid-1960s, around 42% of Americans were smokers. That figure had dropped to 12.5% by 2021. That still means around 30.8 million Americans smoke, despite all the associated and well-documented health problems that come with it.

According to the American Gaming Association, of the 25 states where casinos are legal, just over one-third of them (36%) are smoke-free, with 40% of them allowing smoking. The remaining quarter is partially smoke-free, with smoking banned in some areas but allowed in others.

Even non-smokers can be impacted in properties where smoking is allowed, either partially or fully.

Researchers for the journal Tobacco Control found that tobacco residue can be found on surfaces, even in properties where the indoor air quality has been improved. 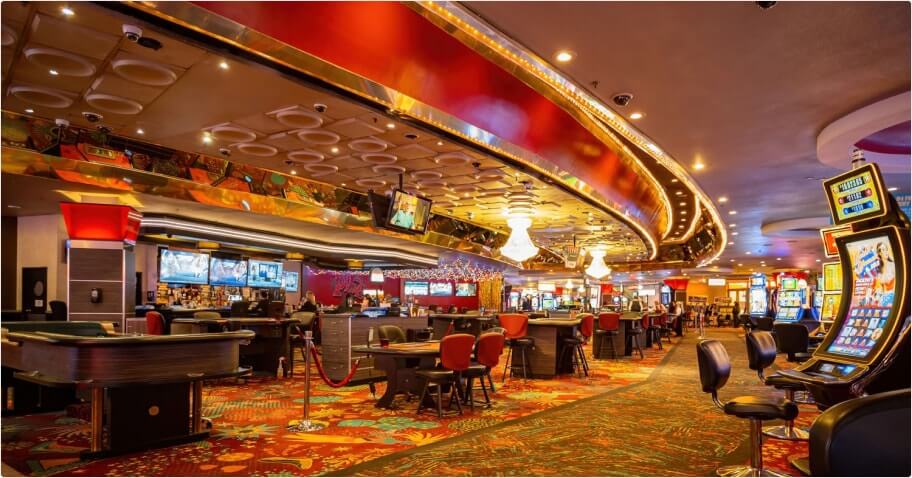 So what does that all mean for casino employees? Workers in the casino industry are exposed to more secondhand smoke at work than many other parts of the American workforce. That workforce doesn’t just mean dealers. It can include casino surveillance, pit bosses, and bartenders, among others.

The main finding from a report from the National Institute for Occupational Safety and Health (NIOSH) showed that workers were exposed to “hazardous levels of toxic secondhand smoke at work, including tobacco-specific carcinogens that increased in the body as the shift went on”.

Other studies collated by the American Nonsmokers’ Rights Foundation have shown that casino employees were more at risk of heart and lung disease because of secondhand smoke and that smoke-filled casinos contain 50 times more cancer-causing particles than a busy, rush-hour highway.

A 2007 study of London casino workers found that 95% reported symptoms including a runny nose, sneezing, or nose irritation, and red eyes, with 84% of respondents saying coughs, shortness of breath, and phlegm. Nice.

One study even estimated that six out of every 100,000 workers at Pennsylvania casinos would die because of secondhand smoke exposure.

From minor irritations to serious diseases and even death, passive smoking can have a big impact on the health and well-being of casino employees.

Do carpets also have a direct effect on long and short-term health?

It might sound trivial, but carpets can impact health, especially when it comes to secondhand smoke. A 2020 study published in the journal Building and Environment found that “Carpets are reservoirs for uptake and re-emission of chemical and biological agents,” and that “the fraction of dust resuspended by occupants is higher in the carpet than the hard floor.”

The researchers suggested that “future carpets could be designed to improve indoor environmental quality.” 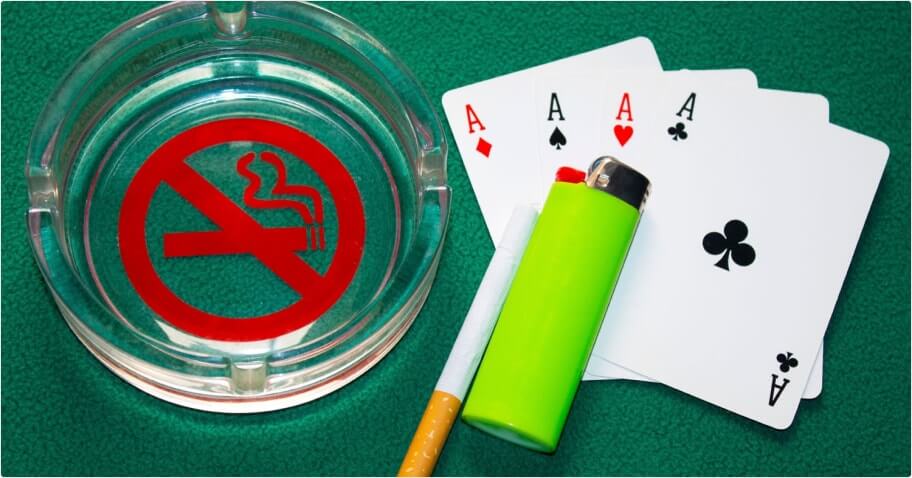 With the potential dangers from secondhand smoke clear to see, what can be done to improve casino air quality?

The coronavirus pandemic has forced many casinos to improve their indoor air quality. The CDC has recommended improved ventilation, and many properties have taken that on board.

Atlantic City’s Resorts Casino Hotel has installed an ionization air purification system. MGM Resorts have HVAC technology that can circulate up to 100% outside fresh air up to 12 times an hour. There are still question marks about the efficacy of some air purification technology.

According to the Wynd study, The Aria Resort, Park MGM, and Wynn Las Vegas have the best air quality of casinos on the Las Vegas Strip. The study found that “average air quality is just as good as outside air on a non-polluted day” at all three top-rated properties.

Of course, the quickest and easiest way to improve casino air quality would be to ban smoking altogether. Air quality improved by 92% in Colorado casinos when the state did precisely that in 2008, according to a study from the Colorado Department of Public Health and Environment.

Before the ban was introduced, “some establishments showed indoor air pollutant levels to be twice as harmful as the worst forest fire air quality measurements ever detected in Denver by the Regional Air Quality Council”. Since going smoke-free, casinos now have an air quality rating of good from the EPA.

According to Tobacco Control, smoke-free laws do not affect total gambling revenues and do not harm casinos or other gambling venues.

More than 200 casinos across America are now totally smoke-free. The only casino on the Las Vegas Strip to go smoke-free is the Park MGM.

It’s a move that the American Lung Association hopes that other Vegas properties will follow. JoAnna Strother, Senior Advocacy Director for the ALA, told 8 News Now, “The American Lung Association will continue to advocate for strong smoke-free laws and policies. We urge other Nevada casinos to adopt a similar smoke-free policy for the health and safety of casino employees and patrons.”