Home » The 3 most popular Twitch casino streamers to watch now

The 3 most popular Twitch casino streamers to watch now 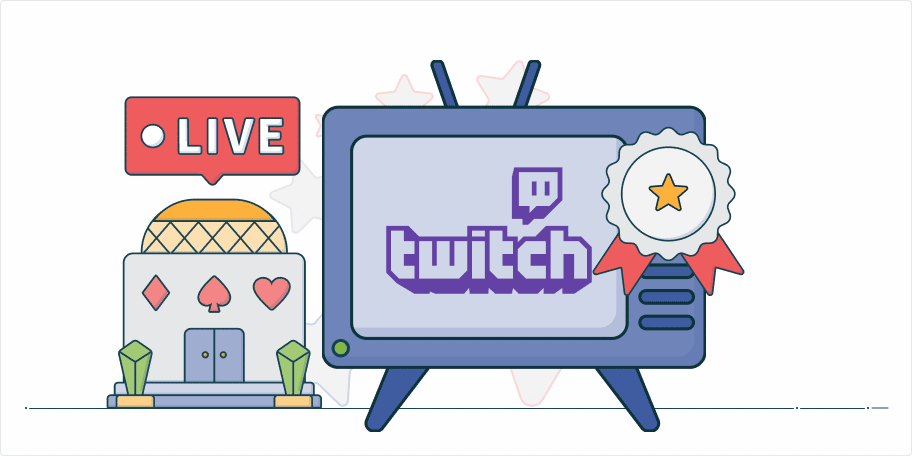 Casino streaming has become hugely popular with millions of viewers watching the best in the business ply their trade on online platforms such as Twitch. It’s easy to see why too. With charismatic, entertaining hosts, it’s easy to get drawn in, especially given the potential for big wins and of course, big losses playing Twitch slots, roulette and blackjack.

Online casinos have climbed aboard too, recruiting the most popular casino streamers to promote their sites.

Who are the most popular casino streamers in the world? Here are the current top three.

Tyler Niknam, better known as Trainwreckstv, is an American who has been streaming since way back in 2015. An accomplished exSports player, Trainwrecks’ focus now is Twitch slots. He won an enormous $13,900,000 million jackpot playing the Wanted Dead or a Wild slot in May 2022. Despite landing that bumper payday, Trainwreck says that he is still down millions.

Originally from Arizona, Niknam moved to Canada to take advantage of the country’s legal gambling and preferential tax rate.

Away from playing slots, the 31-year-old also hosts the Scuffed Podcast. It’s a weekly roundtable that features a selection of guests from the world of gaming and streaming discussing the big topics of the day.

Trainwrecks’ swaggering style has proved extremely popular. His 30-minute Twitch slots streams are loud, brash and action-packed. There are often big prize giveaways too. He’s undoubtedly one of the most viewed casino streamers in the world and has more than 2 million followers on Twitch as well as 112,000 on Instagram.

Big stakes with a big personality to match is what you’ll get from Roshtein. That combination has proved extremely popular, and the Swede now has 1 million Twitch followers as well as 112,000 on Instagram.

Like Trainwreck, Roshtein is something of a Twitch slots veteran. He started his life as a casino streamer in 2015. Also, like Trainwreck, his biggest win of $18,750,000 came on the Wanted Dead or a Wild slot.

It’s not all glamor and luxury being a casino streamer though, as Roshtein admits. “Casino streaming can be kinda solitary business and the number of hours I spend on Twitch can be quite long! My daily working schedule with at least 10 hours live might seem crazy to some. I heard some people comparing me to a robot. I rarely have a day off or go on a vacation. But that’s what happens when you do what you love, right?!”

Cody Burnett from Ontario, Canada is the brains behind the Xposed Twitch account. The 25-year-old has been a casino streamer for seven years and has attracted 514,000 followers to his Twitch slots streams.

Like many casino streamers, Burnett started playing video games like Call of Duty before making the switch to casino games and Twitch slots. His biggest win to date was a $4.7 million score on the Hot Fiesta slot.

With his heart-on-his-sleeve approach, viewers really get to share the highs and lows in real time. Burnett has developed quite the band of loyal fans and even has his own line of merchandise.

You can keep track of what he’s up to when he not doing his casino streamer stuff by joining his 67.7k Instagram followers.

What does it take to become a casino streamer?

Setting up a stream is super easy. Getting popular and making money from a stream, not so much. As the likes of Trainwrecks, Roshtein and Xposed have shown, it’s certainly possible though.

Get an angle, make engaging content and build up a following, and you could be on the road to streaming success.

Of course, not everyone can be as successful as the likes of Trainwrecks and co. If you’re looking for a side hustle that could generate a few extra bucks, casino streamer is something to consider.