Home » Casino Trends: Are Billionaires Making Money Only From Casinos in 2022?

Casino Trends: Are Billionaires Making Money Only From Casinos in 2022? 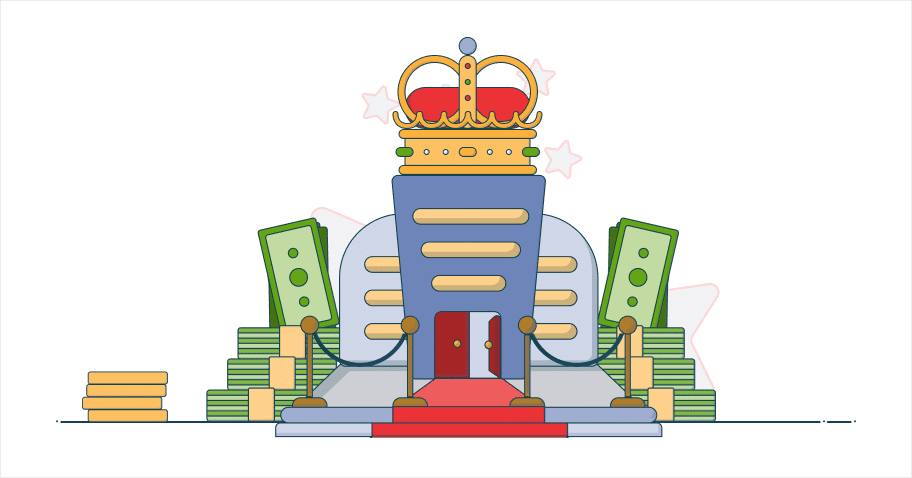 2021 was a good year for billionaires. According to the Forbes World’s Billionaires List, there were a record-breaking 2,755 billionaires in 2021, up 660 from the previous year. Researchers at USCasinos.com have taken a closer look at casino trends and the fortunes of gambling billionaires. Do they actually make most of their money from their casino investments? Or is it just part of a portfolio that includes other business sectors?

The team looked at the 19 casino and gambling billionaires on the Forbes list and found that 12 of them had significant interests in real estate, oil and gas, and hotels and resorts. Let’s take a closer look at the casino owners’ net worth.

The USA topped the list as the country with the most billionaires with 724 with China snapping at their heels on 698. Americans are also in the top two positions in the richest person in the world list courtesy of Tesla’s Elon Musk and Amazon founder Jeff Bezos who, at the time of writing, are valued at $248.8 billion and $187.3 billion respectively.

Billionaires have made their fortunes in a wide variety of industries from fashion, food, and finance through to technology and retail. A number of big players from the world of casinos also make the billionaire cut.

The 12 billionaires who combined gambling with other businesses enjoyed the most success in the USA in 2021. This was in large part down to the hospitality and hotel sectors.

A prime example here is Las Vegas casino mogul Steve Wynn whose net worth rose from $3.2 billion in 2021 up to $3.3 billion in 2022. That moved him up from 956th up to 895th position on the billionaires’ league table (which includes the super-rich from all sectors of the economy).

Since moving to Nevada in the late 60s, Wynn has gone on to create some of the biggest casino brands in Las Vegas including The Mirage, Treasure Island, Bellagio, and Wynn Las Vegas.

Wynn was accused of sexual misconduct by a number of women and stood down as the chair and CEO of Wynn Resorts back in 2018. He denies all the allegations.

The 80-year-old isn’t the only Wynn to feature on the Forbes Billionaires List. His ex-wife Elaine Wynn also appears in the 1,633rd position with an estimated fortune of $1.8 billion. The so-called ‘Queen of Las Vegas’ became the largest shareholder in Wynn Resorts in March 2018.

Another American casino mogul to boost his fortune over the past 12 months is William ‘Bill’ Boyd. The Boyd family increased their net worth by almost $1 billion in 2021, from $1.6 billion to $2.5 billion.

The former Las Vegas lawyer left the legal profession in 1973 to co-found the Boyd Gaming Corporation alongside his father Sam. It opened its first casino, the California Hotel, and Casino in 1975. The corporation now operates 28 gaming resorts across 10 different states including Louisiana, Illinois, and Pennsylvania.

The Boyd Gaming Corporation’s Vegas property portfolio includes the Fremont Hotel and Casino, The Main Street Station, and the Gold Coast and Jokers Wild Casinos. The group also has three racetracks in Ohio and Louisiana as well as a non-casino vacation venue in Hawaii.

Like many businesses in the hospitality industry, Covid proved extremely difficult for the Boyd Gaming Corporation. The company laid off one-quarter of its staff after being hit by mandatory closures as the pandemic hit hard.

As mask mandates and travel restrictions have been lifted, visitor numbers to Las Vegas have bounced back and so has Boyd. According to the Las Vegas Convention and Visitors Authority, the number of visitors in January 2022 was 2,474,800 compared to 1,294,800 in January 2021. That represents an uptick of just over 91% year-on-year.

The 90-year-old Boyd remains the company’s CEO. His 17% ownership of the Boyd Gaming Corporation puts him in 1,931st on the Forbes Billionaires list. 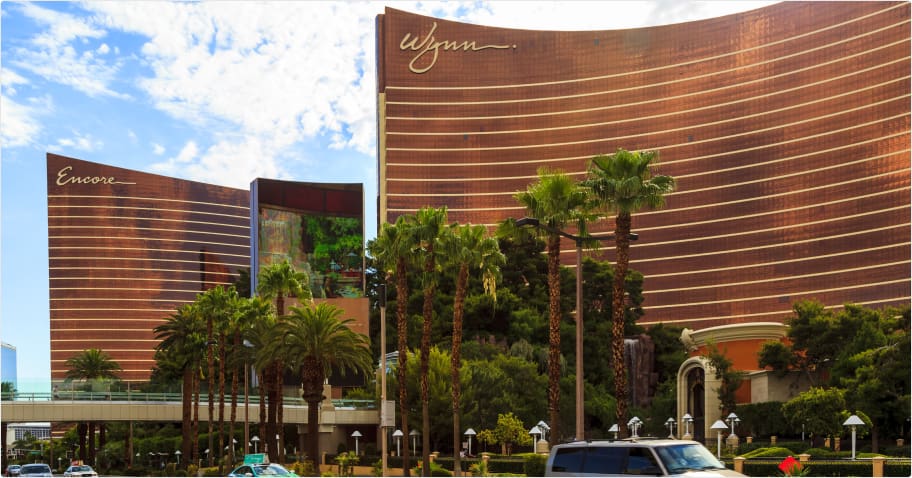 Israel Bringing the Most Out of the Real Estate

One of the most lucrative industries in the world in 2021 was property. According to research from Yahoo! Finance, real estate development was the 11th most profitable business sector over the past 12 months.

A pair of Israeli businessmen come in second and third positions on the list of casino billionaires with interests outside of gaming. For Teddy Sagi and Mark Scheinberg, real estate makes up a big part of their massive net worth.

Teddy Sagi is the founder of Playtech, the gambling software developer. If you’ve played online poker, slots, or casino games, the chances are, you’ll have played a game that is powered by Playtech technology. He has since sold the company.

The Tel Aviv-born businessman later founded Kape Technologies, an internet security platform, and the online payment service provider SafeCharge. He sold the latter to Canada’s Nuvei for $889 million in 2019.

The 50-year-old has also diversified away from technology into the world of real estate via his Market Tech Holdings company. Market Tech is the owner of London’s Camden Market. The venue is one of London’s most popular tourist spots, attracting millions of visitors each year. Sagi also has an interest in co-working spaces.

With a global property portfolio valued in the billions as well as technology interests, Sagi has an estimated worth of $5.8 billion, up from $5.2 billion last year. That’s good for 464th on the Forbes Billionaires List.

Israeli-born Canadian Mark Scheinberg is best known for creating the hugely popular online poker brand PokerStars alongside his father, Isai. Launched in 2001, PokerStars rode the wave of the poker boom to great success becoming the biggest operator in the business.

Scheinberg, who owned 75% of the Rational Group, the parent company of PokerStars, cashed into the tune of $3 billion after selling the business to Amaya in 2014 for $4.9 billion.

The 48-year-old has since moved into the world of luxury property and hospitality. Scheinberg’s Mohali company owns the Thompson Hotel Toronto and the Four Seasons Hotel in Madrid. The group also has interests in a luxury resort in Costa Rica as well as a high-end cruise line.

In March 2020, the Isle of Man-based entrepreneur founded the Scheinberg Relief Fund. Since its launching, the Fund has delivered $50 million to help those affected by the Covid pandemic.

According to Forbes, Scheinberg’s 2022 net worth is estimated at $5.3 billion, up from $4.9 billion a year ago. He currently ranks at #522 on the Billionaires List.

For more on gambling pioneers who went on to enjoy success in the world of real estate, check out our profile on legendary gambler and businessman, Billy Walters. 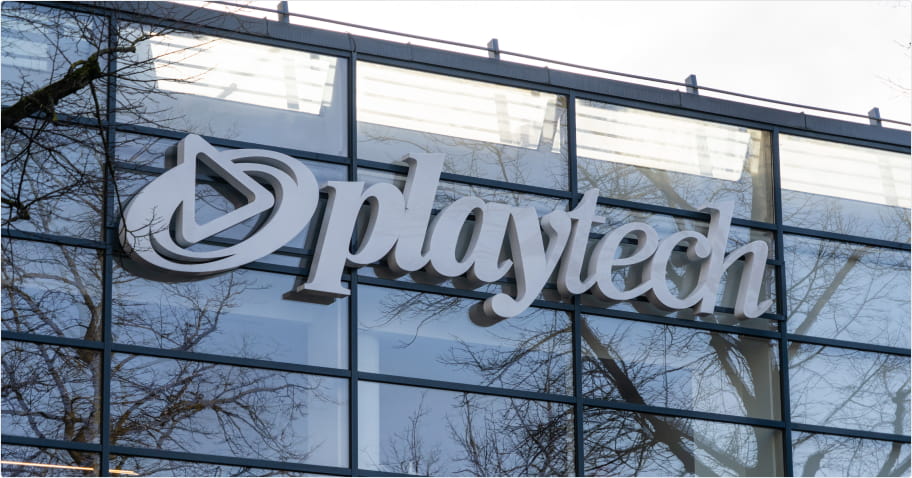 Pachinko Machines Are Creating Fortunes Too

It might not be popular in the USA, but pachinko (a pinball-style gambling game) is big business in Asia, especially in Japan. The size of the pachinko market fell sharply in 2021 though, dropping to $133 billion from just over $182 billion according to research from the pachinko equipment manufacturer, Daikoku Denki. Some businessmen managed to buck that downward trend though.

One of them is Hajime Satoji, the chairman and CEO of the Sega Sammy Group. Originally a maker of pachinko machines for brick-and-mortar gaming parlors, the Sammy Group acquired the video game giant Sega in 2004.

In addition to their pachinko interests, Sega Sammy also has a 45% in the South Korean casino and resort Paradise City.

Another pachinko billionaire is Kazuo Okada, who founded Universal Entertainment, which supplies machines to pachinko parlors.

Okada diversified into the casino business and was an investor in Wynn Resorts in Las Vegas. He later created the Okada Manila resort which includes a hotel, resort, and casino. The 50-acre complex also includes non-gaming outlets including Retail Boulevard, a luxury spa, dining options, and the Cove Manila beach club.

The resort’s recent financial results exceeded expectations. Total revenues for 2021 came in at $399.6 million, beating prior forecasts by $82 million. That figure was an increase of 24% compared to 2020.

Okada’s overall net worth has dropped in the year 2022, from $1.8 billion to $1.6 billion. That still puts him above his pachinko rival Satoji in 1,750th position on the Forbes billionaires list. 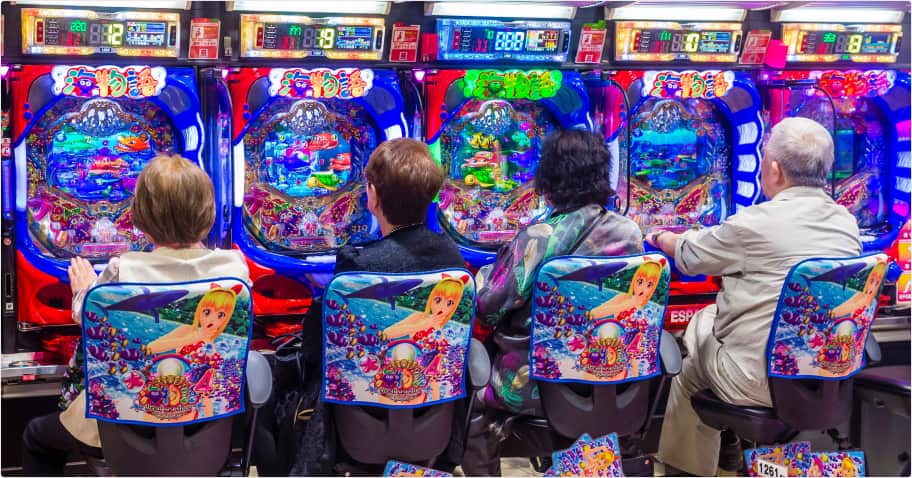 One of the casino trends was a diversification from ownership into other sectors of the economy. A majority of the 12 gambling billionaires on the Forbes list have significant financial interests outside of the gambling sector. This includes ventures in technology, finance, and most significantly, real estate and hospitality. This strategy appears to be working with most of the casino billionaires significantly increasing their net worth over the past 12 months.

Please note: The findings in this blog post are taken from figures that relate to the year up to April 2022.