Lewis Carroll’s surreal ‘Alice in Wonderland’ stories get the slot treatment in White Rabbit Megaways. Created by Big Time Gaming, it’s a 5-reel slot where the reels can expand during the bonus round to offer 248,832 ways to win!

Other highlights include up to 4 randomly added multiplier wilds and a bonus round that awards 15 free spins with the all-important extended reels, all with an extremely high RTP of 97.24%! 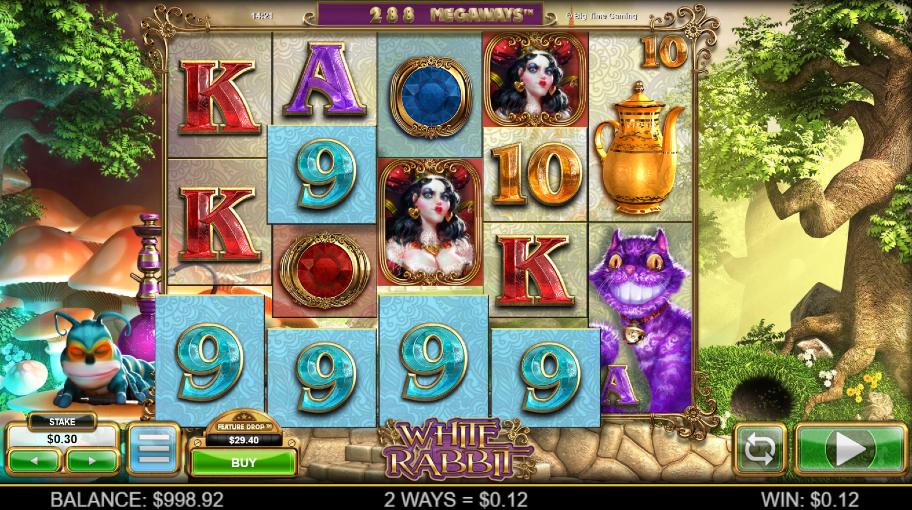 The setup in White Rabbit is slightly unusual. Most Megaways use a 6-reel machine. Only 5 are active here. As usual, the number of symbols on each reel varies with each spin. This also alters the number of ways you can make a winning combination. The more symbols, the more chances. If all 5 reels contain the maximum 7 symbols in the base game, you’ll have 16,807 Megaways in play.

Winners here are created by landing 3, 4 or 5 matching symbols or wilds from left to right on adjoining reels, starting from reel 1. This isn’t a symbol drop slot, so you won’t see cascades or reaction wins.

One big positive here is the White Rabbit Megaways RTP of 97.72%, which lands it among the best paying slots online.

The White Rabbit Megaways volatility is in the medium to high range. The most you can potentially win from a single spin is 17,420x bet. The hit rate is 26.7% so on average, you’ll land a winner on just over one quarter of spins. This can vary massively over the short term of course.

Many Megaways slots follow a similar formula when it comes to features. There’s a bit more innovation on offer in White Rabbit Megaways thanks to added multiplier wilds and free spins with expanding reels. 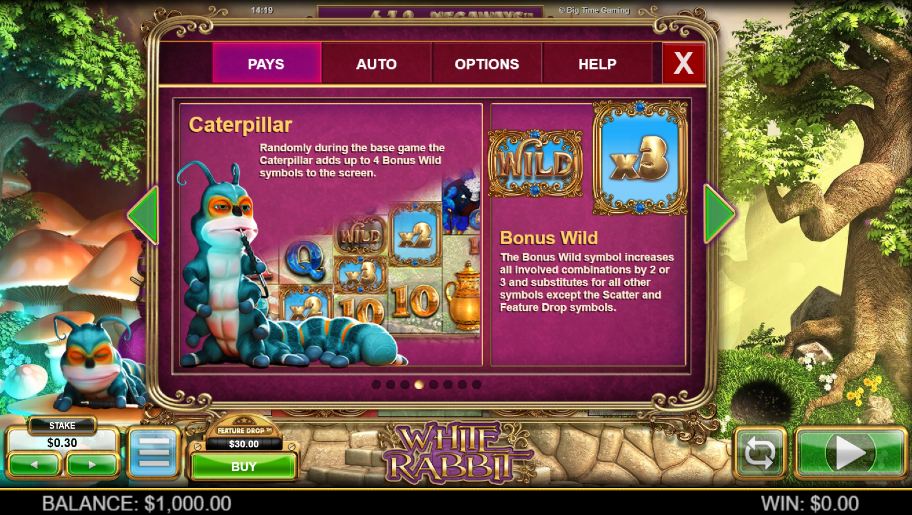 To the side of the reels, you’ll see a blue caterpillar enjoying a nap. On any spin, the caterpillar can wake from his slumber and add up to 4 bonus wilds onto the reels. As well as substituting for all the standard symbols, these wilds also come with 2x and 3x multipliers attached. If the caterpillar adds multiple wilds, the value of their multipliers is combined to deliver an enhanced payout boost. 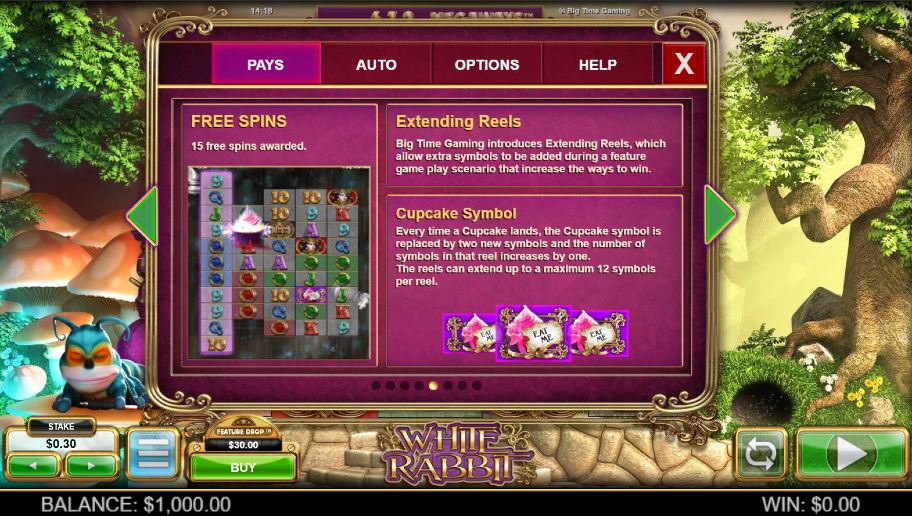 Trigger the bonus round by landing the March Hare scatter on reels 2, 3 and 4 on the same spin. You’ll then go on to play 15 free spins.

The game engine in the bonus round differs from the base game. Look out for the cupcake symbol. Whenever one of these appear, it is replaced by 2 standard symbols. This in turn extends the length of the reels.

If you manage to extend a reel so that it contains the maximum 12 symbols, you’ll get a re-trigger and another round of 15 free spins. Do that with all 5 reels and there are a maximum of 75 free spins up for grabs. A fully extended reel also turns into a Queen’s Reel. More lucrative red queen and wild symbols are added to these reels.

As more symbols are added to the reels, the number of Megaways increase. If all 5 reels contain the maximum 12 symbols, you’ll have a massive 248,832 ways to create a winning combination.

In some territories, players will have the opportunity to pay a fee and buy the free spins bonus. Look out for gold coin symbols which can reduce the price needed to buy the bonus. You can check out the current price in the Feature Drop box below the reels. 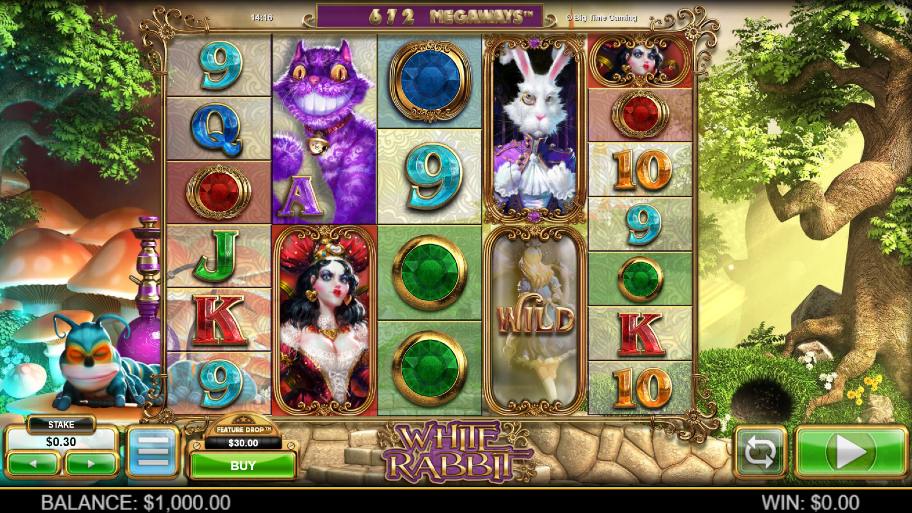 Lewis Carroll’s original stories have something out the surreal about them and that’s also true of the outlandish design on display in this slot version.

A strange woodland with trees and toadstools is the setting here. On the reels, you’ll see some of Lewis Carroll’s most famous characters including the Mad Hatter, the Dodo, Tweedledum and Tweedledee, the Cheshire Cat and the Red Queen. They’re joined by BTG’s usual lower value A to 9 royals.

Alice is the wild. She can appear anywhere apart from reel 1 and substitute for all the standard symbols. There’s also the Bonus Wild that the caterpillar can unleash. Finally, there’s the March Hare scatter.

The visuals are bright, bold and certainly in keeping with the source material. It’s all nice and easy to follow whether you’re playing on a desktop or tablet or the White Rabbit Megaways mobile slot. The soundtrack is rather catchy too.

If you enjoy slots based on Wonderland, check out Alice in Wildland from Microgaming. Played across two sets of reels, it comes with duplicated stacked wilds, multipliers and up to 50 free spins.

More Alice-inspired action is on offer in iSoftBet’s Queen of Hearts Megaways. Look out for mystery transforming symbols, streak style re-spins and a bonus round that awards up to 27 free spins with expanding multipliers.

For a more straightforward take on the Alice in Wonderland tales, try Cheshire Wilds. It’s a 5 reel, 10 payline, win both ways slot from Skywind. The only extra is the expanding wild re-spin which triggers whenever a wild lands on reels 2, 3 or 4. 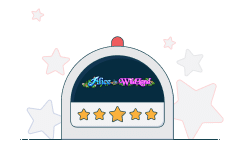 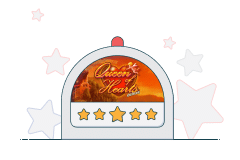 Free spins with expanding multiplier
Streak re-spin bonus.
Visuals might be a bit too flashy 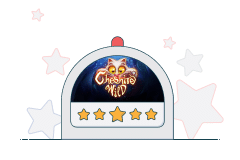 Is there a White Rabbit Megaways free spins bonus?

Landing three March Hare scatters will get you an initial haul of 15 free spins. Cupcake symbols are replaced by two standard symbols which extends the length of the reels and increases the number of Megaways. The Extending Reels can offer 248,832 Megaways.

What is the White Rabbit Megaways RTP?

The White Rabbit Megaways return to player rate is an impressive 97.24%. You won’t find many slots with a better number than this.

What is the White Rabbit Megaways maximum win?

The most you can theoretically win here is 17,420x bet. The volatility here is on the high side so tread carefully.

Can you play White Rabbit Megaways on your phone?

Yes, this slot is available on all devices including desktop computers, tablets and cellphones. There’s also a White Rabbit Megaways free play slot to try out in demo mode.