The classic fruit machine gets a makeover in Reel King Megaways. Featuring the portly king who has appeared in many a Novomatic slot, this new version comes courtesy of Inspired Gaming.

Look out for cascading reels which can offer up to 117,649 ways to win. Other highlights include free spins in mini reels, complete with multipliers.

Find out more about this brush with royalty in our full Reel King Megaways review. 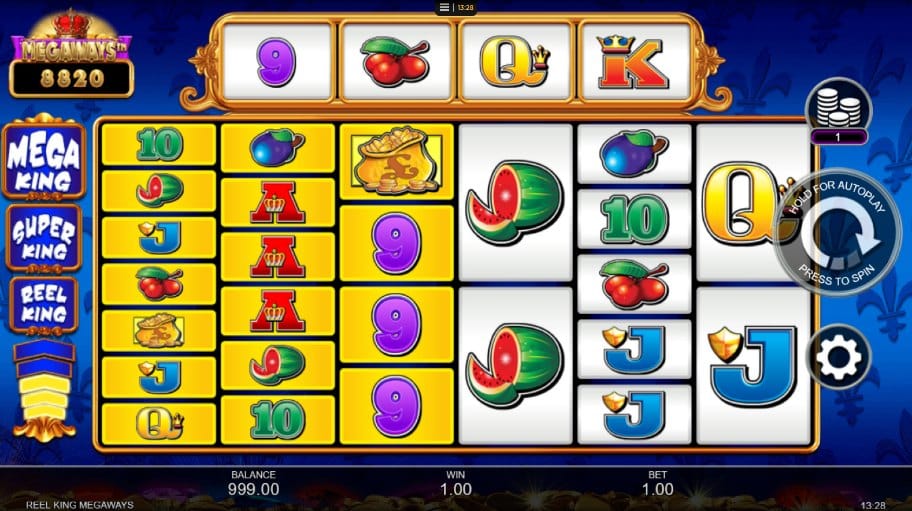 Reel King Megaways is played on a 6 reel machine. The number of symbols that appear on each of those 6 reels varies with each spin. The more symbols, the more Megaways. On each spin you’ll have between 324 and 117,649 Megaways in play.

Create winners by landing 3 or more matching symbols or wilds on adjacent reels, starting from reel 1. When that happens, a cascade follows. The winning symbols are removed from the grid and new symbols replace them. These cascades keep on coming as long as a new winner is formed.

You can enjoy an audience with the Reel King at bet levels of between $0.20 and $20 per spin. Autoplay is available if required. 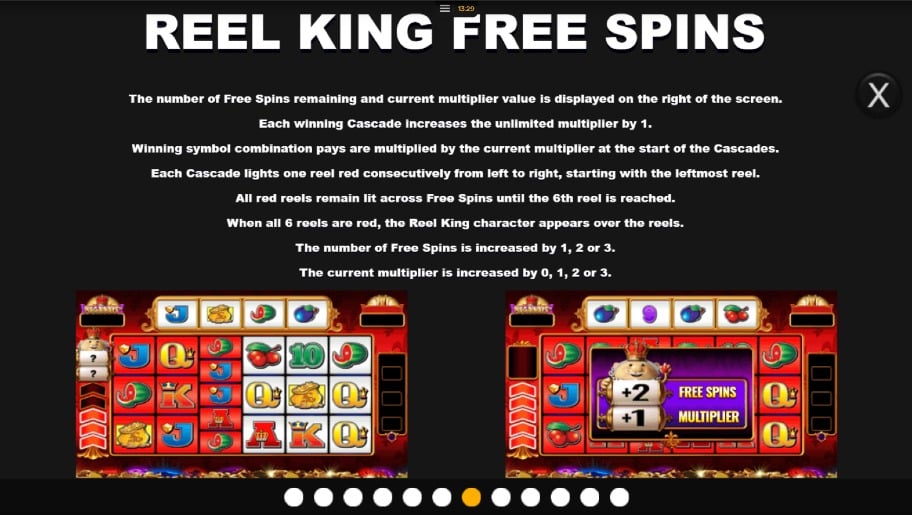 At first glance, Reel King Megaways looks like a straightforward fruit machine re-boot. There’s plenty to get stuck into here though and that’s not just because of the Megaways mechanic. The portly Reel King is central to much of the best bonus action here.

The way features are triggered in Reel King Megaways is rather unusual. Instead of scatter or bonus symbols, it’s lit reels that bring the bonuses into play here.

On each spin, you could see anywhere between 1 and 6 reels lit. These start from the leftmost reel. Each time a reel is lit, you’ll hear an accompanying ding sound.

Each cascade win that lands also lights up a reel (complete with the ding). If you manage to get all 6 reels lit up in a single set of cascades, you’ll trigger the Reel King feature. Any extra cascades once all 6 reels are lit can bring the Super King and Mega King feature into play.

Once triggered, you’ll see between 1 and 6 sets of mini reels appear. These are all made up of a single payline and feature only red, blue and yellow 7s symbols and blanks. Land any combination of 3 lucky 7s to create a winning combination. Best of all is landing 3 red 7s which pays 10x bet.

The lit reels are active in this round, just like in the base game. The goal here is to advance along the free spins trail. Do this when all 3 reels on a mini machine are lit. If you land a losing spin though and all 3 reels are not lit, and his majesty disappears from the reels.

If you progress far enough along the trail, you can advance to the free spins round proper. How many free spins you’ll receive depends on how many cascades you landed on the triggering base game spin.

The free spins start at standard 1x payouts. Land a cascade win and that multiplier increases by 1x. If you manage to light all the reels here, the result is a re-trigger with 5 more free spins added to your total.

There’s a gamble element here. You’ll be offered the chance to gamble your winning in exchange for more free spins. 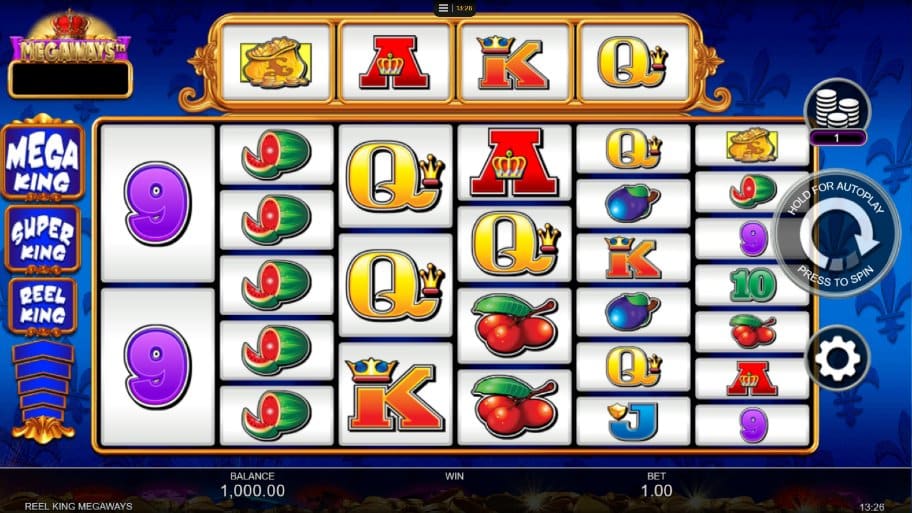 The design in Reel King Megaways is simply done. On the plain white reels, you’ll see lower value A to 9 royals as well as cherries, melons, plums and sacks of gold. The jester’s hat is the wild. This substitutes for all the other symbols.

The soundtrack is one you’ll find in a typical fruit machine, complete with the all-important dings. It transforms into something that could come from Tudor England if you manage to trigger the bonus round though. 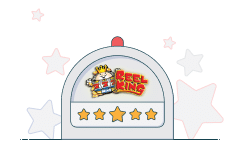 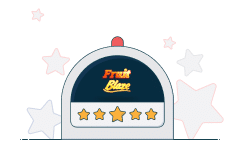 The Reel King slot franchise has been an extremely popular one. The original Reel King release is an oldie but it still has its charms. Look out for the King who can appear as a 1-reel machine to deliver cash bonuses.

If you like retro fruit machines with a twist, check out NetEnt’s Fruit Blaze. It’s a 4-reel slot where the number of ways to win can get as high as 1,296. Features include multiplier wilds and free spins on an expanded machine.

The fruit machine gets a futuristic overhaul in Opal Fruits, a 6-reel slot from BTG that uses the developer’s Triple Reaction game engine. Multiplier wilds and free spins can spice up this classic theme.

Is there a Reel King Megaways mobile slot?

Yes, you can enjoy an audience with the portly cartoon monarch on all devices including desktop and laptop computers, tablets and cellphones.

Can you play Reel King Megaways for free?

There is a Reel King Megaways free play slot so you can try it out in demo mode. As the gameplay is a little unusual, we recommend you take this opportunity if you can.

What is the Reel King Megaways RTP?

The Reel King Megaways return to player rate is 96.23% which is slightly better than average. We found the volatility to be in the medium to high range. The max win is 12,500x bet.

Is there a Reel King Megaways free spin feature?

Yes, once triggered, you’ll receive between 8 and 25 free spins. Cascading wins can also bring an expanding multiplier into play.