Join Egyptian queen Cleopatra in a classic ancient adventure in Queen of Riches Megaways. It’s a 6 reel video slot where the number of ways to win can get as high as 117,649.

Unusually for a Megaways slot, the main extra here is the cloned reels feature where between 2 and 6 reels can display identical symbols.

Look out too for full stack wilds which can also come with multipliers of up to 7x attached.

Queen of Riches is played using a 6 reel machine. The Megaways mechanic means that the number of symbols that appear on each reel change with each spin. The more symbols on view, the more ways you’ll have to create a winning combination. If all 6 reels contain the maximum number of symbols, you’ll have 117,649 Megaways active.

To create a winning combination in Queen of Riches Megaways, land 3, 4, 5 or 6 matching symbols or wilds from left to right on adjacent reels, starting from the leftmost reel.

Unlike many Megaways slots, symbol drop wins are not in play here.

Like most BTG Megaways slots, bet levels in Queen of Riches Megaways range from between $0.10 and $20 per spin.

The Queen of Riches Megaways RTP is a very favorable 96.9% which is well above average. The gameplay here is relatively simple but this is a slot that can still deliver a knockout punch. The maximum win is a massive 77,800x bet.

Tread carefully though as the Queen of Riches Megaways volatility is as scorching hot as the Saharan sun. This is a slot that delivers high variance action.

The features in Queen of Riches are rather unusual for a Megaways slot. You won’t find any of the usual extras like transforming symbols or free spins here. Instead, it’s cloned reels and stacked multiplier wilds that deliver the best of the action.

The Reel Clone feature is active on each spin. You’ll see two adjacent reels cloned. These reels will be made up of the exact same combination of symbols. Things have the potential to get much more interesting if further reels become cloned. In fact, it’s possible to clone all 6 reels so they display identical sets of symbols which can deliver some spectacular combinations.

Cleopatra aka the Queen of Riches of the title is the game’s wild symbol. She replaces all the standard symbols in a winning combination on reels 2, 3, 4, 5 and 6. So far, so normal.

Cleopatra then expands and turns the whole of that reel wild. Fully stacked wilds also come with multipliers of up to 7x attached.

Better still is if you manage to land multiple stacked wilds in the same winning combinations. A pair of stacked wilds with 7x multipliers would combine to deliver a massive 49x payout boost.

Wild reels can be cloned too which can mean even more opportunities for a big combination.

Design, Theme and Visuals of Queen of Riches Megaways

A slot called Queen of Riches Megaways was never likely to be a stripped back, understated affair as far as design goes and the visuals here are as lavish as you might expect.

The interior of an ancient royal palace forms the backdrop to the gold reels. Watching over proceedings are a pair of statues of the jackal god Anubis.

The reels are made up of lower value A to 9 royal values and three more lucrative Egyptian hieroglyphs. There’s the eye of Ra, the Scarab Beetle and the bird god Horus. The top standard symbol is the golden pyramid.

Queen Cleopatra is the game’s wild.

The colorful visuals are rather opulent. They stand out nicely, even if you’re playing the Queen of Riches Megaways mobile slot on a device with a small screen.

The score is a souped-up version of a classic Egyptian soundtrack and is a perfect fit for this theme.

If you like the ancient Egyptian theme there are hundreds of slots to choose from. Enduringly popular is Book of Dead from Play’N Go which combines a classic free spin with expanding symbols feature with sky-high volatility.

A more complex take on the classic Egyptian theme is on offer in IGT’s Cleopatra Plus. It’s packed full of extras including 2x wilds, free spins and loads of unlockable modifiers.

Based on a land-based casino classic Pharaoh’s Fortune is a 5 reel, 15 payline video slot. Recently given a visual overhaul, it comes with free spins with expanding reels.

Impressive design
Rewarding free spins feature
Only one bonus round 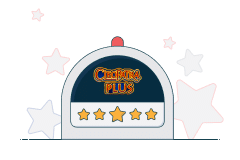 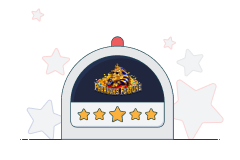 What are cloned reels?

On each spin, at least 2 adjacent reels will clone and display the exact same combination. It’s possible to clone even more reels to create huge clusters of matching symbols.

What are stacked multiplier wilds?

Land the queen symbol and she expands to turn the whole of the reel wild. These stacked wilds come with multipliers of up to 7x attached. Land more than one wild and their multipliers are multiplied for even bigger payout boosts.

What is the Queen of Riches Megaways RTP?

The Queen of Riches Megaways return to player rate is 96.9% which is well above average.

What is the Queen of Riches Megaways maximum win?