Based on the snake haired Gorgon of ancient legend, Medusa Megaways is a 6 reel video slot from NextGen Gaming where the number of ways to win can get as high as 117,649.

There are plenty of extras here too including transforming wilds and a free spin feature, complete with expanding multipliers. Look out for special snakes which can bring even more wilds into play.

Find out more in our detailed Medusa Megaways review.

As usual for a Megaways slot, winners are created by landing 3 or more matching symbols from left to right on adjacent reels, starting from reel 1.

After a winner is formed a ‘reaction’ follows. The successful symbols are blasted off the reels and new symbols drop in and replace them. A new payout consideration then follows. The ‘reactions’ keep on coming as long as a new winning combination appears.

Stakes in Medusa Megaways range from between $0.25 and $25 per spin. The Medusa Megaways RTP is a slightly better than average 96.28%. If you Buy the Bonus that figure rises to 97.63%.

The volatility in this ancient epic is very high. So too it the potential maximum win of 50,000x stake.

Reaction wins mean that there’s usually plenty going on in a Megaways slot. There’s much more than that on offer in Medusa Megaways though. The extras here offer an assortment of wild extras, free spins and expanding multipliers.

According to legend, anyone who caught Medusa’s eye would be turned to stone. Instead of stone, the Gorgon can transform symbols into wilds. Land a wild in one of the 4 reel positions at the top of the game grid and the whole of the reel below turns totally wild. A new ‘reaction’ then follow with the new wilds in place.

Trigger this round by landing 3 scatters on the same spin. You’ll go on to play 10 free spins with 5 more added to that tally for each extra scatter on the triggering spin.

Boosting your winning chances here is an expanding multiplier which starts at 2x and rises by 1x each time you land a ‘reaction’ win. There’s no cap on how high this multiplier can go.

In some territories, players will have the chance to buy the Free Spins feature for a fee of 100x stake.

This extra is active throughout the Free Spins Feature. Snakes can appear to the left and the right of the top reel window. If a Soldier symbol appears in one of those 4 symbol positions, it is attacked by a snake.

Depending on whether a snake comes from the left or right, the symbol turns into a wild or a scatter.

This comes into play at the conclusion of the Free Spins Feature. You’ll be given 2 choices. You can collect your win and return to the base game. Alternatively, you can forfeit your wins from the Free Spins and replay the round again. The number of free spins in the replay is the same as the original trigger. The expanding multipliers are active here too.

The sound and visuals in Medusa Megaways are very well done. Set against a backdrop of ominous purple skies and ruined columns and temples, the reels are made up of A to 10 royals which appear alongside winged shoes, a bracelet, a gold medal, fighting soldiers and the winged horse Pegasus. There’s also a soldier symbol that can appear in the top reel window only during the free spins.

Medusa is the game’s wild. She substitutes for all the standard symbols when she makes up part of a winning combination. There’s also a scatter symbol.

There’s a brooding soundtrack sweeping away in the background, punctuated by rumbles of thunder and crackling lightning.

There’s no shortage of atmosphere here.

If you’re not a big fan of the Megaways mechanic but like this theme, check out Next Gen Gaming’s Medusa. It’s a 25 payline slot that comes with similar classy design to the Megaways version as well re-spins with 3x multipliers, free spins with all payouts doubled and Super Spins with 5x boosts. There’s also a pick me feature.

There’s more Medusa inspired action in Golden Gorgon from Yggdrasil Gaming. A streak re-spin bonus is the main draw here. Filling reels during the re-spins brings multipliers of up to 5x into play. 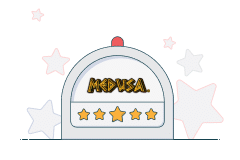 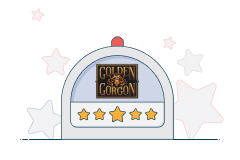 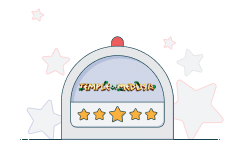 Is there a Medusa Megaways free spins round?

Trigger the bonus round and you’ll receive a minimum of 10 free spins. The round starts with a 2x multiplier active. This rises by 1x with each ‘reaction’ win that lands during the free spins.

What is the Medusa Megaways RTP?

Can you play Medusa Megaways on your phone?

Flip your phone round to landscape mode and you can very easily play the Medusa Megaways mobile slot. It’s also been optimized for play on desktop and tablet devices.

Can you play Medusa Megaways for free?

Yes, there’s a Medusa Megaways free play slot available so you try the game out in demo mode before risking any of your own funds.